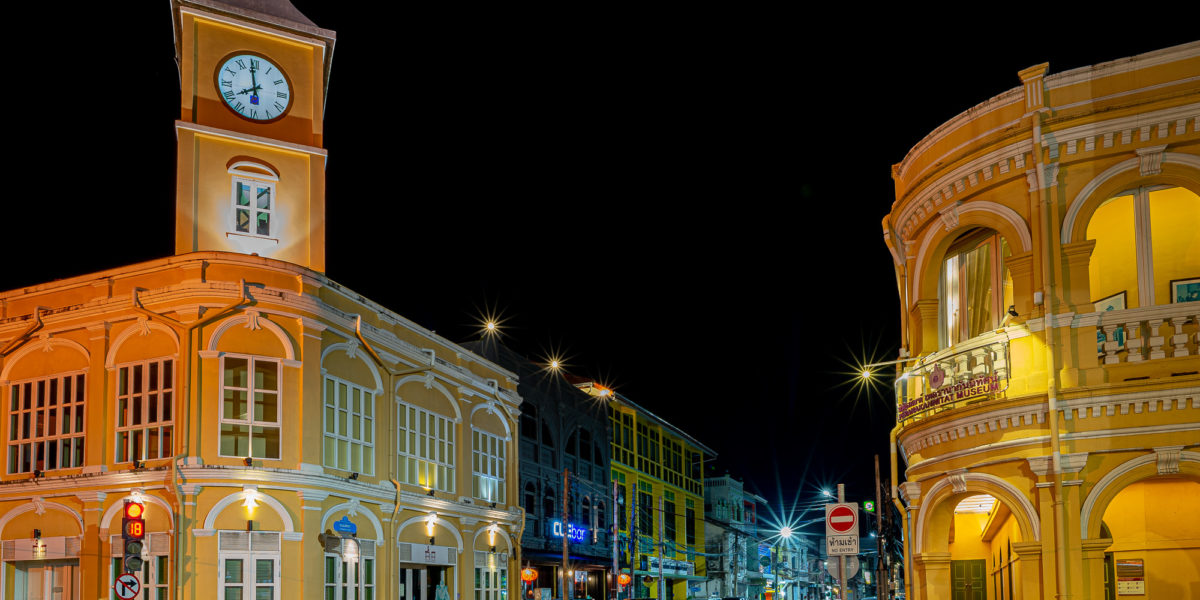 At first glance a rather unspectacular provincial capital, Phuket Town has a lot to offer. Especially the historic part of the city with its buildings in the Sino-Portuguese style, are worth a visit.

In recent years, a lot has been done to beautify this part of the island. The ugly power lines, which are everywhere, were removed and laid underground, so that the buildings can now be seen better. In many of the old buildings new life has arrived and there are many small pubs, restaurants and studios. In between there are still old Chinese shops, such as pharmacies and print shops.

Particularly worth seeing are the Thalang Road, soi Rommanee and the Chinese shrine Jui Tui. Another tip is: the Chinpracha House on Krabi Road is a 19th-century mansion. In the 19th century, the governor lived. It is kept in its original condition and is inhabited by the owner family. The ground floor can be visited.

If you’re into nightlife, Phuket Town has not only many small bars, but plenty of discotheques and live music pubs, especially the ones you’re looking for. visited by a young Thai audience.

View us on TripAdvisor