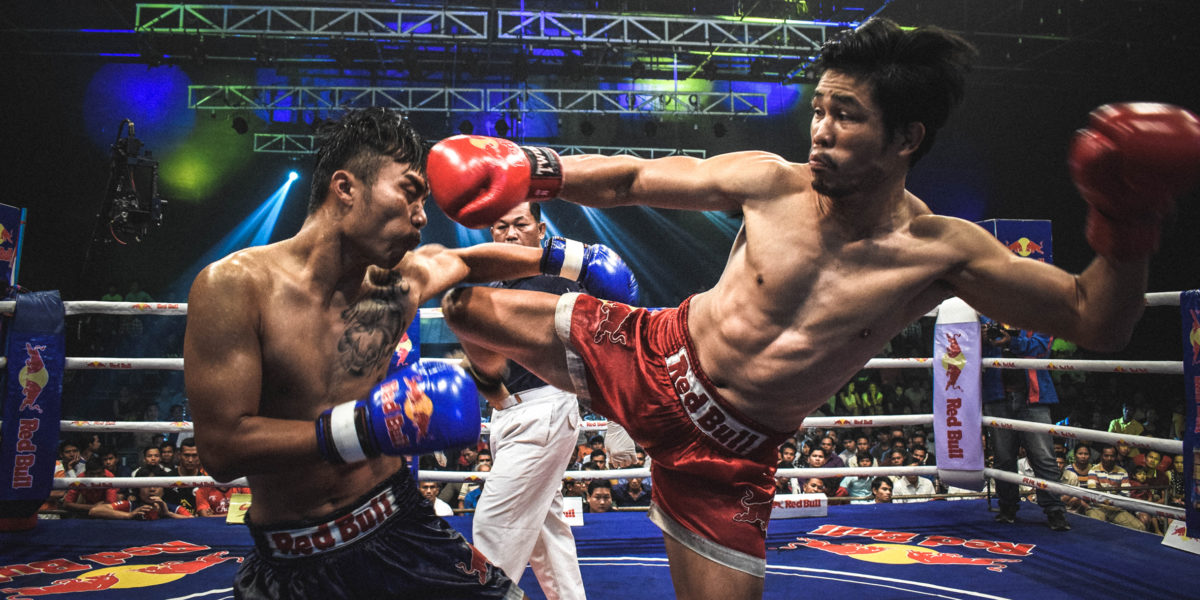 Thai national sport is a separate form of kickboxing, in which the elbows and knees can also be used. The fighters often beat the opponent very persistently with the knee into the kidney area, which seems very exhausting. Many fights end with Knockout. In addition to the fights, the preparation of the fighters in the ring is also worth seeing. Each boxer performs his own “dance”, the so-called ” Wai Khru, with whom the coach is paid respect.

In most fights you can also watch the Thai spectators betting. This is not done loudly, but with your fingers. In Patong, a man walks through the stadium and takes bets. Fights can be seen in Patong and Chalong. The fights in Patong usually offer the best fighters. The first fights are children and adolescents and only the main fights are by adults.

View us on TripAdvisor